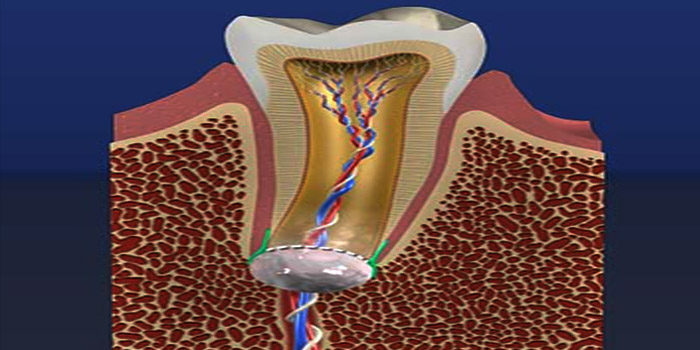 Revascularization of the Open Apex Q & A

Regenerative endodontics (revascularization/pulpal regeneration) is within the scope of practice of endodontics. According to the ADA Definition of the Specialty of Endodontics, “its study and practice encompass the basic clinical sciences including biology of the normal pulp; the etiology, diagnosis, prevention and treatment of diseases and injuries of the pulp, and associated periradicular conditions.”

Pulpal necrosis in an immature tooth with an open apex can have devastating consequences for patients and presents a distinctive challenge for the endodontist. Prior to 2004, clinicians relied on traditional apexification procedures or the use of apical barriers to treat immature teeth with pulpal necrosis.

In 2004, Banchs and Trope published a case report describing a new treatment procedure for the management of the open apex called “revascularization.” The protocol differs from traditional apexification techniques in that disinfection of the canal is done with both sodium hypochlorite and chlorhexidine and as described a combination of three antibiotics (ciprofloxacin, metronidazole and minocycline). At a subsequent appointment, the paste is removed and bleeding is induced into the canal. The canal is sealed with mineral trioxide aggregate, and after the MTA has set, a bonded restoration is placed. Unlike traditional apexification or the use of apical barriers, revascularization procedures allow for increase in both the length of the root and root wall thickness.

Endodontists are at the forefront of addressing the developments that must be made in tissue engineering in order to further pulp regeneration in the future. Hargreaves et al. recommended three major components of pulp regeneration which require further research for the development of pulpal regeneration: a) a reliable cell source capable of differentiating into odontoblasts: b) an appropriate scaffold to promote cell growth and differentiation, and c) signaling molecules, both growth factors and other compounds, that are capable of stimulating cellular proliferation and directing cellular differentiation. Research into these areas of regenerative endodontics is being conducted internationally at numerous institutions and articles have been published in multiple endodontic journals.

The 2011-2012 ADA Current Dental Terminology included a new code (D3354) for pulpal regeneration within the endodontic section of the code, recognizing that it is an endodontic procedure. According to a 2010 AAE survey of endodontic program directors, nearly three-fourths were teaching regenerative endodontics, both in didactic and clinical settings. CODA has approved a revision to the Accreditation Standards for Advanced Specialty Education Programs in Endodontics that would include a standard requiring programs to provide in-depth instruction and clinical training in revascularization/regenerative endodontics beginning in 2014.

We look forward to hearing from you.

Send Us An Email Today! We'll Provide You With That Winning Smile!