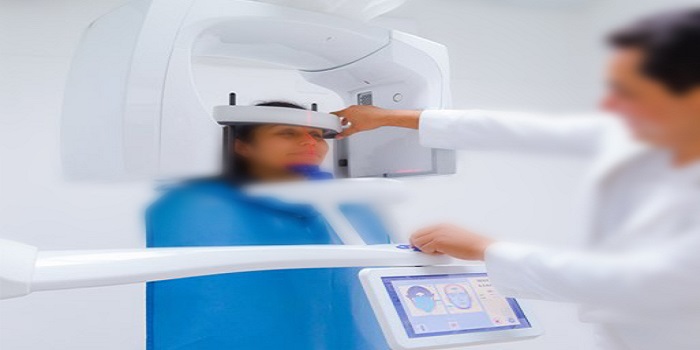 Cone beam computed tomography is an innovative medical imaging technique that provides endodontists with three-dimensional views of the patient. In certain cases, CBCT greatly enhances the endodontist's ability to diagnose, evaluate, treat and care for patients. During a CBCT scan, the machine rotates around the patient, capturing images using a cone-shaped X-ray beam. These images are then used to construct a 3-D representation of the patient's teeth, oral and maxillofacial region (mouth, jaw, and neck), and ears, nose and throat.

CBCT stands for Cone Beam Computed Tomography. The CBCT machine is a safer, faster and more compact version of the regular CT-scan machines found in hospitals and imaging centers. As a result, the CBCT delivers a much lower amount of radiation as compared to regular CT machines, but more than traditional x-rays.

One CBCT scan provides about 500 small X-ray images of the tooth: each one is called a slice. We are then able to reconstruct an internal view of the tooth using several slices, rendering a 3-D image. The image can then be rotated on a computer screen and viewed from any angle. The information gained from our 3D technology gives us many advantages and aids in the successful treatment of your tooth.

The CBCT takes approximately 15-20 seconds to scan the desired area. After the scan is finished it only takes a moment to configure the images. The scan is then able to be viewed on your computer screen or copied onto a disc.

Generally, a CBCT scan is done in cases where a tooth or an area of the mouth remains symptomatic, and /or conventional x-rays have been taken without success. Cases, where traditional methods have failed to provide the necessary information, and the treating doctor remains unable to diagnose and much less treat the problem. Teeth that have been previously treated with root canal therapy but may need further evaluation. Such as those that remain infected after proper root canal therapy has been done, and there is no apparent reason why the tooth does not heal.

In addition to the 2-dimensional x-Rays, the CBCT scan can be very helpful in teeth that have suffered traumatic injury. It can show the type and extent of injury. And in cases of root resorption, the CBCT can clearly show the area, antero-posterior location and amount of resorption present.

Additionally, if a tooth is to be replaced by an implant, a pre-implant bone and nerve assessment using the CBCT is routinely performed to assure that the implant will be placed in safe distance from arteries, veins and nerves. Finally, a a CBCT scan can show cysts, some tumors and their respective position within the jaw. 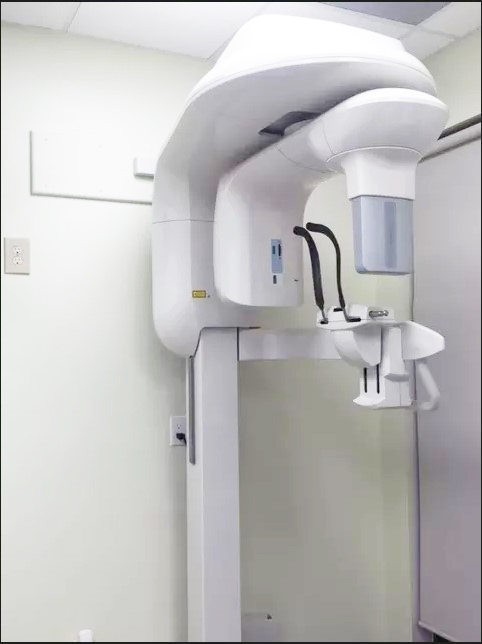 We look forward to hearing from you.

Send Us An Email Today! We'll Provide You With That Winning Smile!